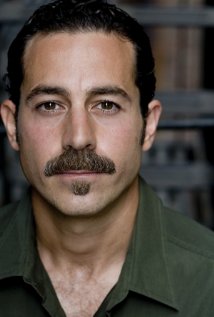 Having starred with the likes of George Clooney in The Men Who Stare at Goats and Sarah Jessica Parker in Sex and the City 2, the Sacramento-born (California) American-Palestinian Waleed Zuaiter is one of the first Arab-Americans to join Hollywood’s A-list. According to Zuaiter, the demand for Arab actors grew after the September 11, 2001 attacks. Zuaiter is also clear about not taking roles that are derogatory towards Arabs.

In February of 2011, Zuaiter had this to say to the National: “There’s a small but solid Arab-American acting community in Hollywood and we are often up for the same parts but we are very supportive of each other. There’s more camaraderie than rivalry. We in the Middle Eastern community have a common goal of not perpetuating negative stereotypes of us.”

In his movie, Elevator, Zuaiter played an Arab Muslim stranded in an elevator 50 floors above the ground while a bomb is discovered. The assumptions begin. To view the trailer for Elevator, please go to: http://www.youtube.com/watch?v=51KF3ZX76KM

The bilingual Zuaiter was raised in Kuwait but left the Middle East and pursued degrees in Philosophy and Theater at George Washington University. He not only performed Shakespeare in D.C, but he also appeared on Broadway. He even co-starred in the Emmy-award winning BBC and HBO co-production of the mini-series House of Saddam (as the best friend — a role that earned him rave reviews around the world).
Known for his sense of humor, Zuaiter was the co-producer for the New York Arab-American Comedy Festival from 2005 – 2009.

Zuaiter’s recent film accomplishment is through the Oscar-nominated drama-thriller, Omar. As co-producer and one of the movie’s major antagonists, Zuaiter has helped develop the first Palestinian film to make it to Hollywood in March 2014 and nominated as Best Foreign Language Film of the Year.