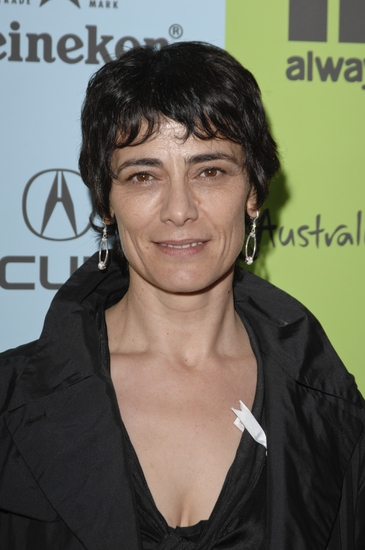 Born in Nazareth and a long-time resident in France, internationally-acclaimed actress Hiam Abbass has been sought after by movie directors such as Julian Schnabel and Steen Spielberg.  The former Jerusalem-based photographer has no less than 50 movies to her name and she’s only 50.

Important to Abbass has been the humanity of the characters.  In a 2005 interview, she told one entertainment editor, “They can have any identity and be of any nationality. I play the roles of different kinds of women who could represent parts of societies in different countries, as well as the Arab countries. It’s not a choice of my doing a role because I can speak in the name of someone of a particular nationality or level of society.”

She has played roles ranging from a Tunisian widow discovering her desires in Satin Rouge to playing the mother of an illegal Syrian immigrant in The Visitor.
But it was Lemon Tree (directed by Israel’s Eran  Riklis) that won her Best Performance by an Actress at the 2008 Asia Pacific Screen Awards.  In it, she played a headstrong Palestinian woman determined to protect her lemon orchards despite threat of removal.  To see the movie trailer, please click:  http://www.youtube.com/watch?v=e_j1llK3Fco

With all of her dynamic roles, she looks with particular fondness for playing Hind al-Husseini in the movie, Miral.  A true figure in Palestinian history, Hind came upon 55 homeless children wandering after the 1948 War and took them in.

In a 2010 interview with the UK Telegraph, she said, “I have a feeling that if you came across Hind, you wouldn’t be the same person any more. She had that aura to her, and if you encountered it, something positive would happen to you. I had that in mind while I was playing her — that shine that people say came from her.”