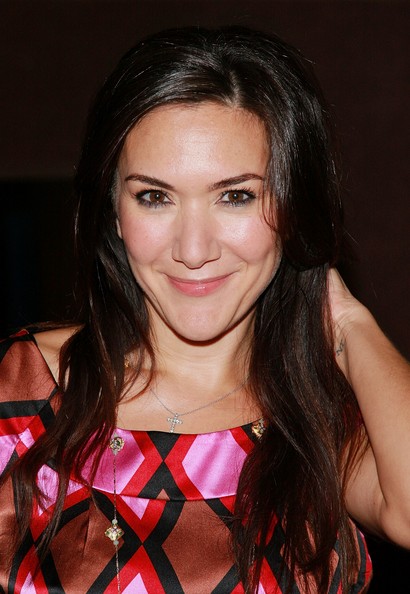 An actress of Palestinian and Irish descent, Nadia Dajani’s Hollywood experiences have ranged from playing Amanda Moyer on the TV comedy “Ned and Stacey” to playing Chief of Staff to the First Lady Lily Mays on “The West Wing.”  The long-time New York resident has a recurring role on the humorous Showtine hit, “The Big C” as feisty Tina, the controversial high school acquaintance of the cancer-stricken main character.

An avid baseball fan, Dajani relishes her self-described role as a “nerd” in the web-series, “Caught Off-Base with Nadia.”  For a taste of this light-hearted show featuring Major League Baseball (MLB) players, please see:  http://www.youtube.com/watch?v=dW2U829mbYw&feature=related

When asked in a 2010 interview as to how she became such a fan of baseball, she replied, “My older brothers were big baseball fans, so since I had to follow them around, I started playing. I played little league and it went from there. When there used to be a lot of day games during the week, Yankee Stadium sort of became our babysitter. We would get there by the third inning, sit in the bleachers, and when the game was over we would meet mom at home. There are a lot of great memories at the old Yankee Stadium.

She has even played in celebrity baseball games for MLB.