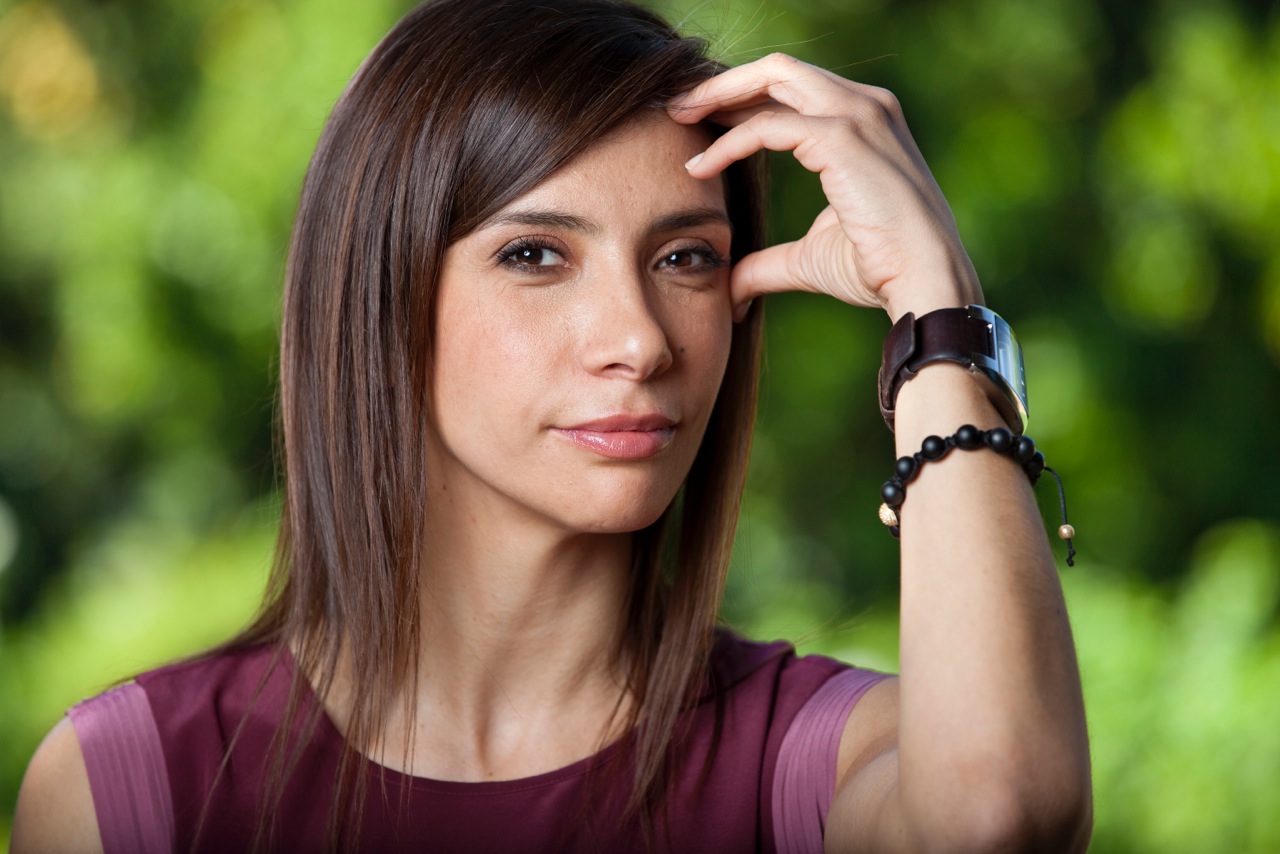 Alejandra Mustakis is an industrial designer of Palestinian-Greek origin and one of the major drivers of entrepreneurship in Chile. Her mother is Diana Sabal Elsaca, of Palestinian descent through both father and mother; “I get all my strength from my Palestinian”, says Alejandra, proud of their origins.

Today she is a partner and founder of various local companies in Chile. Alejandra is the kind of person who believes in creativity and faith, and ensures that entrepreneurs will be those who improve the world through their actions and that these will be the ones to tackle global problems and resolve them, making the world a better place to live in.

Her story in the world of entrepreneurship begins in 2007, with her partner Pablo Llanquin. Together they founded MEDULAR, a furniture company designing and developing solutions for the home.

The following year, she founded Kauel, a technology development company and leader in 3D technology innovation and interaction, with two partners. Today the company has several projects in Chile and Mexico.

In 2012 Alejandra joinned a pioneering project called STGO MAKERSPACE as partner of Tiburcio De La Carcova and Maca Pola. Stgo MakerSpace is a collaborative and co-creative company, which seeks to revive and promote the new inventors of the century, by disseminating knowledge and emphasizing proactive culture.

Simultaneously, she is the director of ASECH, an association of entrepreneurs in Chile that seeks to generate solutions to problems associated with entrepreneurship.

Today Alejandra is launching one of the most important and innovative projects of her career, “iF” a center for entrepreneurship and innovation in Chile. iF is an inclusive and collaborative ecosystem, located in Italy Factory, Providence. It is composed of the main entrepreneurship and innovation organizations in the country, which include universities, private companies, entrepreneurs and investors. iF joins research, laboratories, incubators, business accelerators, workshops, lectures and events, to give entrepreneurs and innovators the opportunity to carry out their ideas and dreams, through creation and development. iF is a company of the future, a company of entrepreneurs, in which ideas have their space and differences are taken as opportunities.

In her personal life, Alejandra is married to Pablo Yarur also of Palestinian descent. She is a mother of two children, Alonso (13 years old) and Juan Pablo (8 years old). She feels fortunate to be able to balance work with family, given that her entrepreneurship projects are at a stage which allows her to spend more time with their children.

Due to all of her achievements, Alejandra has won several awards: 2008, 2009 and 2014: Selected in the “100 leaders women ” Diario El Mercurio; 2009 and 2013: Kauel chosen one of the 50 most innovative companies “Made in Chile”; 2012: Selected in “Successful Youngers” Diario Financero; 2014: Stgo Maker Space and ASECH chosen as the “promoters of entrepreneurship”, built by Diario Financiero.