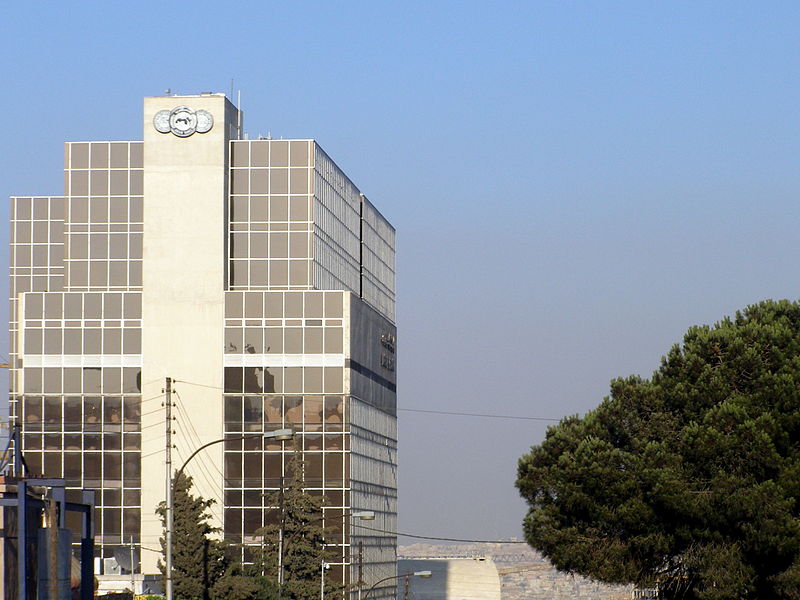 Arab Bank and the Shoman Family

One of the largest financial institutions in the Middle East, the Arab Bank was originally a small bank established in Jerusalem back in 1930.  Today, there are over 500 branches in 30 countries on five continents, participating in financial markets and centers including New York, London, Paris, Dubai, and Sydney.

Headquartered in Amman, Jordan, the Arab Bank was recognized by the international finance magazine, Euromoney, as the “Best Bank in Jordan” for the fourth consecutive year (2011).

So how did this all begin?  The founder was Abdel-Hameed Shoman of Beit Hanina (located just outside Jerusalem).  Born in 1890, the “Indomitable Arab” grew up in a stone hut.  Always an ambitious child, he was a stone mason at the age of seven.  With $32 in his pocket, he immigrated to the US at age 20 and became a door-to-door salesman.  Later, he would start a successful dress-making factory in Manhattan.  But the determined Shoman had bigger aspirations.  He returned to Palestine and established the now-prestigious Arab Bank.

Pivotal to the continued success and stability of the Bank has been the involvement of others in the Shoman family.  For example,FTSE Global Markets recognized current CEO and Chairman Abdel-Hamid Shoman as Key Individual in 2009.

According to FTSE Global Markets, “Mr. Shoman was named a key individual because of the way he has led the bank over the last 12 months. The bank avoided the worst excesses of the real estate boom that effect the region, kept earnings high, kept credit lines open to key clients and increased deposits at a time when this remains the most secure source of funding. This combined with a regional diversification plan has meant that Arab Bank has led where others will surely follow.”