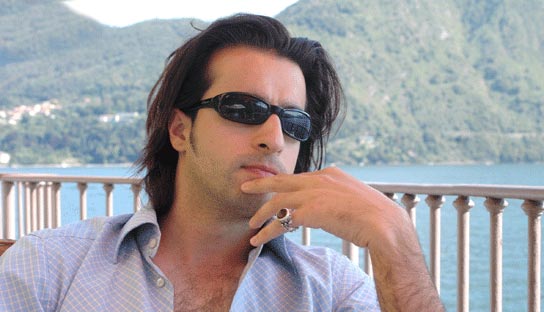 Born in Jerusalem, Steve Sabella was named “An Artist to Watch,” by the ArtTactic Middle Eastern Report in 2010. The recipient of the Ellen Auerbach Award (2008) by the Akademie der Künste (Academy of the Arts) in Berlin, the gifted artist was commissioned for the inauguration of MATHAF: Arab Museum of Modern Art in Doha Qatar.

Now based between London and Berlin, Sabella’s artwork Till the End (2004 – photo emulsion on Jerusalem stone) entered the permanent British Museum collection in London. Sabella talks about this artwork:  “So I ask myself today, whether the images on the stones were early visual prophecies about what was happening to Jerusalem and its transformation into an image (eventually disappearing) and how in many ways many of these images accompanied me from childhood.”

To see this unique and creative artwork of stones, please visit:   http://www.stevesabella.com/end.html

Sabella studied art photography at the Jerusalem School of Photography and New Media in 1994, and holds a BA in Visual Arts from the State University of New York (2007).  Sabella received his first MA with a Caparo Award of Distinction in Photographic Studies (2008) from the University of Westminster and his second MA in Art Business (2009) at Sotheby’s Institute of Art in London.