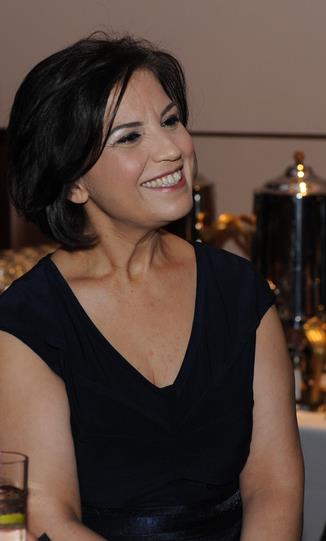 A graduate of Hebrew University with a degree in accounting and economics, Maha Freij was the first Palestinian woman to receive her CPA license in Israel (1989).  Soon after, she immigrated to the USA.  She currently serves as the Deputy Executive Director and Chief Financial Officer of the Arab Community Center for Economic and Social Services in Michigan (ACCESS).

She has also led a successful national campaign to raise $20 million for the first-ever Arab-American museum in the USA.  This museum was part of ACCESS’ Arab American Heritage Campaign and is a proud affiliate of the Smithsonian Institute.  A 38,500 square-foot building with an auditorium, library, and community center, the goal of this magnificent project has been to rejoice in the history and contributions of Arab immigrants and Arab Americans, a largely untold story in the United States.   To see a virtual tour of the Arab American National Museum, please see: http://www.arabamericanmuseum.org/client/virtualtour.asp

Always a visionary with the aim of assisting the Arab immigrant populations adapt to life in America – the mission of ACCESS, Freij oversees a budget of more than $17 million from more than 90 funding sources.  This has been largely due to Freij’s fundraising prowess.

Freij, born in Um El Fahm (in now Israel), credits her mother and grandmother for instilling a strong commitment to hard work.  During a March 3, 2011 interview with this website’s author, she said they “believed and still believe (in the case of my mom) in education.  Absolutely unstoppable.”