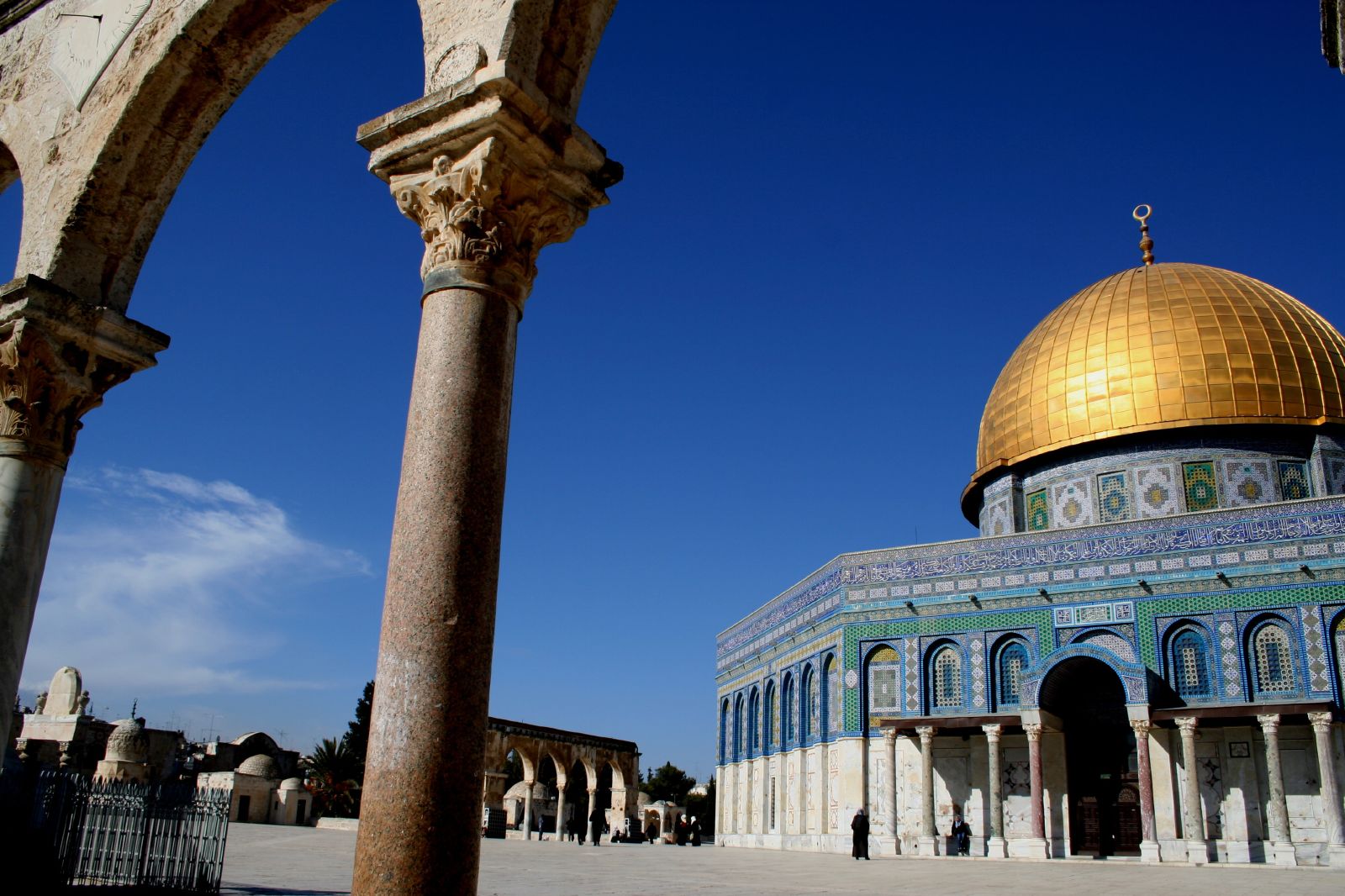 Dome of the Rock

Perhaps the most recognizable site in Jerusalem, the Dome of the Rock was constructed between 689 and 691.   Octagon in shape and its dome covered with a durable aluminum and bronze alloy, the Dome of the Rock is not a mosque but rather a shrine.  Inside the exquisite shrine is the “Noble Rock.”

For Muslims, this “noble rock” is the rock from which the winged horse of the Muslim prophet Muhammad leapt into the sky.  It is said in Chapter 53 (of the Qur’an) that Muhammad was accompanied by the Archangel Gabriel, on the “Night Journey” into heaven.  Because Muslims believe God spoke in Arabic, the inscriptions that adorn the Dome are in Arabic.  They are verses from the Qur’an, which include telling of the “Night Journey.”

Adding to the visual appeal of the shrine are the perfect mathematical proportions.  Every angle corresponds to the center circle surrounding the Noble Rock.  For example, each external wall is exactly 67 feet long — also exactly the dome’s diameter and exactly its height from the base of the drum.

The oldest Islamic monument, the Dome of the Rock has been restored from time to time with the most recent restoration made possible by the late King Hussein of Jordan in 1993.