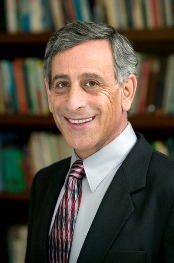 Born in Jerusalem, Dr. Jamal Nassar moved to the United States in the 1970s to pursue his passion of studying international relations. He is now a renowned international expert on Middle Eastern politics.

He specializes in Comparative Middle Eastern Politics and International Relations. He received a Fulbright scholarship in 1987 to study at Birzeit University in Birzeit, Palestine. He has received numerous teaching awards, including the Exceptional Teacher Award by the Red Tassel Mortar Board as well as the Outstanding University Teacher Award at Illinois State University. Dr. Nassar is a prolific writer with several publications, including the book “Politics and Culture in the Developing World: the Impact of Globalization.”

Dr. Nassar has spoken at and chaired many conferences, and was asked to address the United Nations regarding the Palestinian question at an international conference. He currently serves at the editor of the Arab Studies Quarterly in additional to many other scholarly journals.

A video of his lecture titled “Justice and only Justice” can be found here: http://www.youtube.com/watch?v=a20htQBMSCE