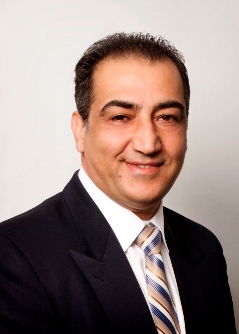 Led by CEO and President Adnan Mjalli, TransTech Pharma partnered up with the state of North Carolina in 2007 to invest more than $23 million.  The result was to create 205 jobs in the pharmaceutical industry during a five-year period in High Point, North Carolina.

Dr. Mjalli, who earned his PhD in medical chemistry from the University of Exeter in the U.K. and did his post-doctoral work at the University of Rochester, is an internationally-recognized expert in drug discovery.   The author of more than 40 scientific papers, 620 patents and patent applications, as well as four book chapters, Mjalli founded TransTech Pharma in 1998.

TransTech Pharma is a clinical-stage pharmaceutical company focused on the discovery, development and commercialization of drug products.  Its mission “is to utilize our innovative technology to rapidly translate the functional modulation of human proteins into safe and effective medicines. We have a pipeline of small molecule clinical and pre-clinical drug candidates for the treatment of a wide range of human diseases including central nervous system disorders, cardiovascular disorders, type I/II diabetes, obesity, and cancer.” Dr. Mjalli, a board member with the American Taskforce on Palestine, was the recipient of the 2007 “Fast 50 Award” honoring the Triad’s 50 fastest growing private companies and their CEOs.

Born to a farming familyin the West Bank, Mjalli told PharmExec.com in 2008, “People can manufacture cars, computers, everything, faster and cheaper.  Eerything around us has become more portable and available, except for medicine. It’s embarrassing how Big Pharma has become an old, rusty environment for drug discovery.”