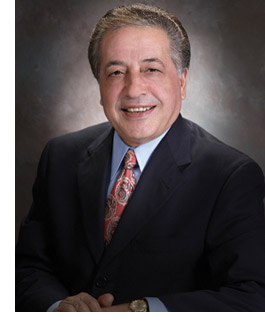 With only $71 in his pocket, Farouk Shami left Palestine in 1965 and arrived in the U.S. to achieve the “American Dream.”  His goal was to study Education like his father with a scholarship from the University of Arkansas.  However, a spontaneous meeting with hair stylists changed all that.  After attending cosmetology school, Shami opened his own salon (Le Salon Farouk in Louisiana).  A potentially fatal allergy to the ammonia component of hair dyes resulted in Shami’s invention of the first ammonia-free hair lightener and coloring system called “SunGlitz.”

It would be the first of Shami’s inventions – inventions that would change the future of hair technology.  When he discovered that a strand of silk is stronger than a strand of steel in 1992, he incorporated silk molecules into a new hair care line called “BioSilk Therapy.”   Shami’s knowledge and creativity has also led to the following:  working with NASA scientists to develop hair dryers with low electromagnetic fields; formulating the nail lacquer that promises stronger, high-gloss, and bacteria free nails; and developing the ceramic technology of flat irons.

He has even partnered with Donald Trump’s Miss Universe Organization and NBC to become the official hair care sponsor.  To view a video about Farouk System during the 2010 Miss Universe pageant, please see:  http://www.youtube.com/watch?v=Jm-MOtslFOU

An avid reader of history and physics, the billionaire entrepreneur is married and has four children.