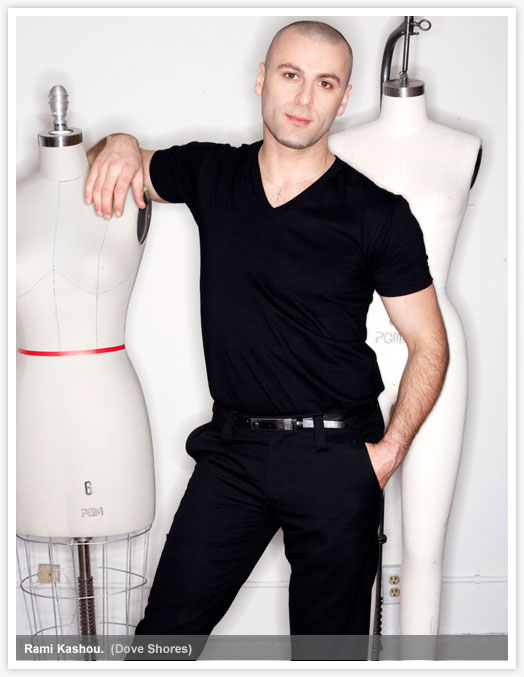 His designs have been worn by Queen Rania, Penelope Cruz, Rihanna, Heidi Klum, Jessica Alba, and so many in the celebrity world.  Fashion designer Rami Kashou was born in Jerusalem and raised in Ramallah.

He left Ramallah for the USA at age 18 and worked in retail and merchandising.  Kashou is self-educated in his profession.  When he was younger, he said he would buy a piece, take it apart, and analyze it.  With each piece, he learned.   About being self-taught, he told one fashion magazine, “I think being self-taught gave me the freedom to express my vision as an artist without worrying about what was right or wrong.”

Once a runner-up on the popular “Project Runway,” he became well-known for his meticulous draping — uniquely inspired by his Palestinian sense of style.

He once told the Institute for Middle East Understanding that “Being Palestinian gave me strength because in many people’s eyes, we don’t exist. I am determined to exist through my work. Palestinians don’t have freedom or equal rights today. But I have my talent and my dream and no one can take that away from me.”

In addition to being honored by the American Task Force on Palestine, Kashou has also been honored by the LA City Council.  Please see:  http://wn.com/la_city_council_president_eric_garcetti_honors_rami_kashou