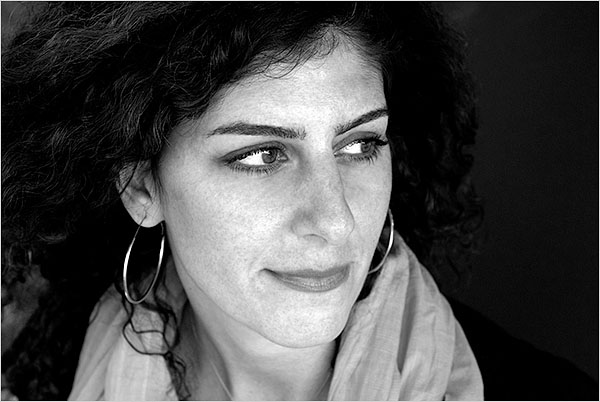 A recipient of Leone d’Oro a un artista under 40 – (Golden Lion for an artist under 40) at the 52nd Venice Biennale in 2007 and also the Prince Claus Award, Emily Jacir proved her extraordinary talents as an artist and in bringing in the Palestinian issue to the forefront within the realm of art. When Jacir won the Guggenheim Museum’s Hugo Boss Prize in 2008, she was described as “a visionary.”

Born in Chile to a family from Bethlehem (Palestine), Jacir grew up in Saudi Arabia and attended high school in Italy. In Texas and Tennesee, she would receive her college and graduate degrees. Her extensive traveling and life experiences only strengthened her resolve to educate others about the Palestinian narrative.

For example, some of her works include “Memorial for 418 Villages” (2001) and “Where We Come From” (2001-2003). In the latter, Jacir asked Palestinians around the world: “If I could do something for you, anywhere in Palestine, what would it be? “ She fulfilled the requests for those denied entry, from visiting a West Bank student’s family in Gaza to visiting a mother’s grave.

Involved in creating art projects throughout Palestine, Jacir dreamt up and co-curated the first Palestine International Video Festival in Ramallah in 2002. She recently participated in Creative Time’s “Global Residency” and will be the Resident Professor at Home Workspace Program, Beirut 2011 – 2012.

To read an extensive interview with the respected artist, please go to: http://creativetime.org/programs/archive/2010/publicspace/interrogating/2010/09/emily-jacir-july-2009/