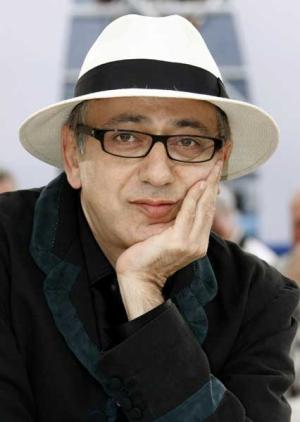 Best known for his surreal dark comedy, “Divine Intervention,” the Nazareth-born Elie Suleiman has made the Palestinian-Israeli conflict the primary subject of his cinematic work.  And much praise has affirmed his artistic talents in his portrayals.

“Divine Intervention, for example, was about life under occupation and won several awards, including the International Critics Prize (FIPRESCI), the Cannes Film Festival Jury Prize (2002), and the Best Foreign Film Prize at the European Awards in Rome.  To view the movie trailer, please see: http://www.youtube.com/watch?v=eFR8XcKg3k4

About his cinematic style, Suleiman said:  “Multiplying the possibilities of reading my images gives me pleasure. As much as possible, I try to layer them. It’s a democratization of the image. Just as we have never arrived at a better political system than what we call democracy today, my images carry exactly the same risk as democracy. I’m taking the risk that some of them can be misread, but I can’t impose my own views.”

His most recent film, “The Time That Remains,” is a semi-biographical dark comedy about the creation of Israel in 1948 until the present.   Suleiman won the Black Pearl prize for best Middle Eastern narrative film at the Middle Eastern Film Festival in Abu Dhabi on October 17, 2009.  He also won the Critics Prize from Argentinean Film Critics Association for his artistic talents in how he told his own, as well as the Palestinian people’s story.  To view the trailer, please click: http://www.youtube.com/watch?v=ZmUPHXAC3Lk