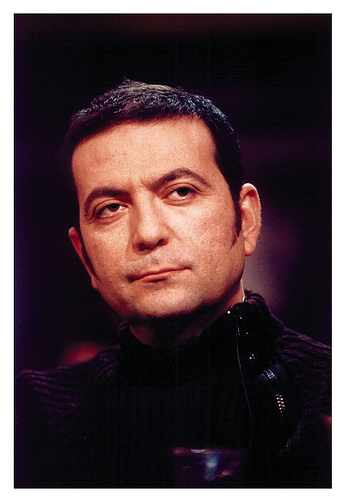 Winner of a Golden Globe for Best Foreign Language for his film, “Paradise Now,” the Nazareth-born Hany Abu-Assad has sought to use the cinema as an avenue to spotlight the humanity of Palestinians.  “Paradise Now,” which was also nominated for Academy Award for Best Foreign Language Film later that year (2006), was about two friends who were planning a suicide attack.

To see the movie trailer for “Paradise Now,” see: http://www.youtube.com/watch?v=Jyz15qG22Ec

Regarding the highly-acclaimed movie, Abu-Assad told the U.K. Guardian, “It‘s not just what some politicians want us to believe – that it’s evil, that it comes from God.  It’s a human reaction to a very complex situation. The film tries to let you experience this situation in a different way, from different points of view. This is why we make films, I think.”

Other films directed by Abu-Assad include “Rana’s wedding,” which describes a day in the life of a young woman in Jerusalem who must get married before four o’ clock that day. The film was selected for Critics Week 2002 in Cannes.

To see the movie trailer for “Rana’s Wedding,” go to http://www.youtube.com/watch?v=Kjb6lIwDMDk

His 2002 film, “Ford Transit,” was shown at Sundance Film Festival.  It was a funny take about a driver in a Ford Transit taxi who converses with the Palestinian locals about their experiences and thoughts.  The message?  Resilience and it won the prestigious FIPRESCI award during the Thessaloniki Film Festival in Greece.