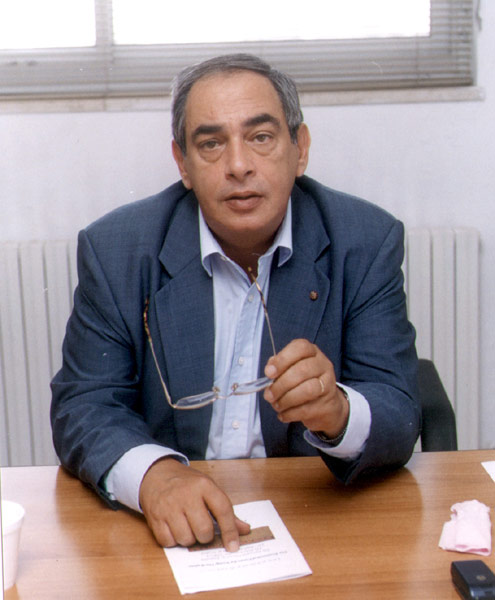 Born in Jerusalem, the former PLO Ambassador to the U.S. and the Russian Federation, Afif Safieh earned the reputation for being one of the world’s most eloquent spokespersons on the Palestinian issue while serving as the PLO Ambassador to the United Kingdom and to the Holy See (central government of the Roman Catholic Church).

Safieh’s entry into Palestinian and international affairs began when he became President of the Belgian section of the General Union of Palestinian Students (GUPS) from 1969-1971 and then President of the French branch in 1974-1975. After joining the PLO, it was one leadership position after another, taking him from Lebanon to Switzerland to the Netherlands to the UK.  A straight-shooter who speaks English with a French accent, Safieh politely tells it like it is.  He expressed his hopes in a 2006 interview that the European phenomenon he witnessed—where its lawmakers could be pro-Palestinian without risking political suicide— could be created here in the States.

In the fall of 2001, Ambassador Safieh wrote a powerful piece, “Children of a Lesser God?” about witnessing 12 months of the continuous bombing of Palestinian cities/villages/refugee camps. Most unforgettable were his words, “I do not know how to quantify pain or measure suffering, but I do know that we are not children of a lesser God.”