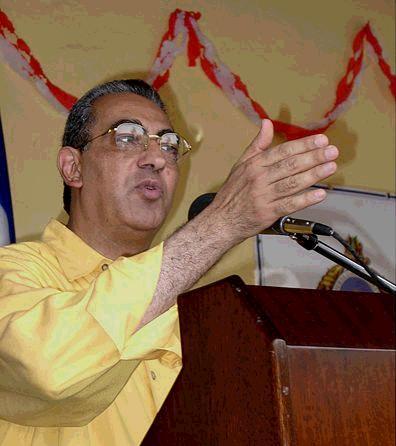 Born to a Honduran journalist (Oscar Flores Midence) and Palestinian mother (Margarita Facusse de Flores), Flores Facusse served as the president of Honduras from January 27, 1998 – January 27, 2002.  A graduate of Louisiana State University with degrees in Industrial Engineering and International Economics and Finance, he ran as the candidate for the right-of-center Liberal Party of Honduras.

Flores Facusse was president during Hurricane Mitch, a historic tragedy that brought unprecedented rains and left 18,323 dead.  At least 14,000 of them were Hondurans.  With the economy devastated, Flores Facusse secured large amounts of international aid, as well as implemented guidelines recommended by the World Bank and the International Monetary Fund to help stabilize the economy.  In 2000, Honduras qualified for debt relief under the Debt Initiative for Heavily Indebted Poor Countries.

As with many Hondurans of Palestinian ancestry, integration in all aspects of Honduran life is the norm.  From holding key positions in politics to creating jobs in the private sector to ascending to important positions in the Honduran military, Flores Facusse is one important example of this successful assimilation.