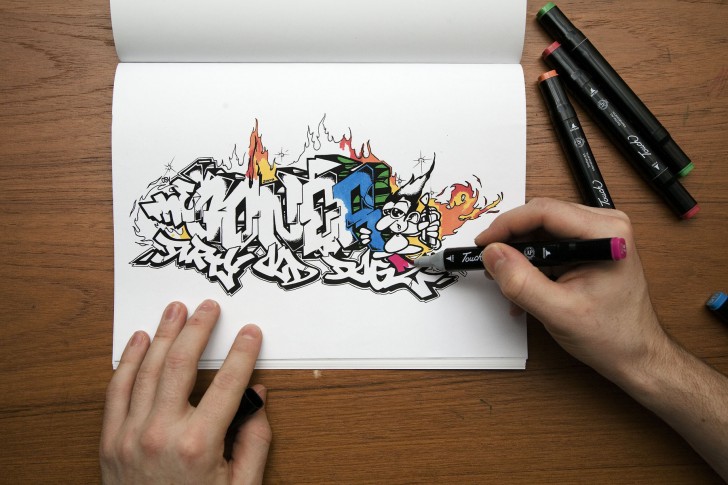 Graffiti — it’s been around since the days of the Roman Empire.  Back then, it consisted of scratches or markings painted into the walls.  Though modern graffiti is usually more sophisticated, all graffiti has provided insight into people’s lives.  This is no less true in Palestine where graffiti not only can serve as an avenue for expression with the outside world but also a pictorial chronology of events and sentiments in different Palestinian areas.

Graffiti art has also served as dialogue with other Palestinians.  During past uprisings, graffiti stirred the masses to continue their resilience and resistance.  At other times, the graffiti has served as informal but creative “battles” between different political parties.

And then there’s the separation Wall in the West Bank.  Reminiscent of the Berlin Wall in Germany, this Wall has attracted pro-justice artists from all over the world (including the famous Banksy).  Together with Palestinians, their graffiti spreads across miles and miles of concrete “canvas.”  Understandably, the expressions are pro-freedom and in opposition to an economically-crippling Wall.  To view some of this artistry that appears on the Wall, please visit:  http://www.youtube.com/watch?v=8u5HoqAfJCE

Ultimately, Palestinian graffiti has been an important tool for self-expression.  Many could even say it’s been the personal diary of a people.