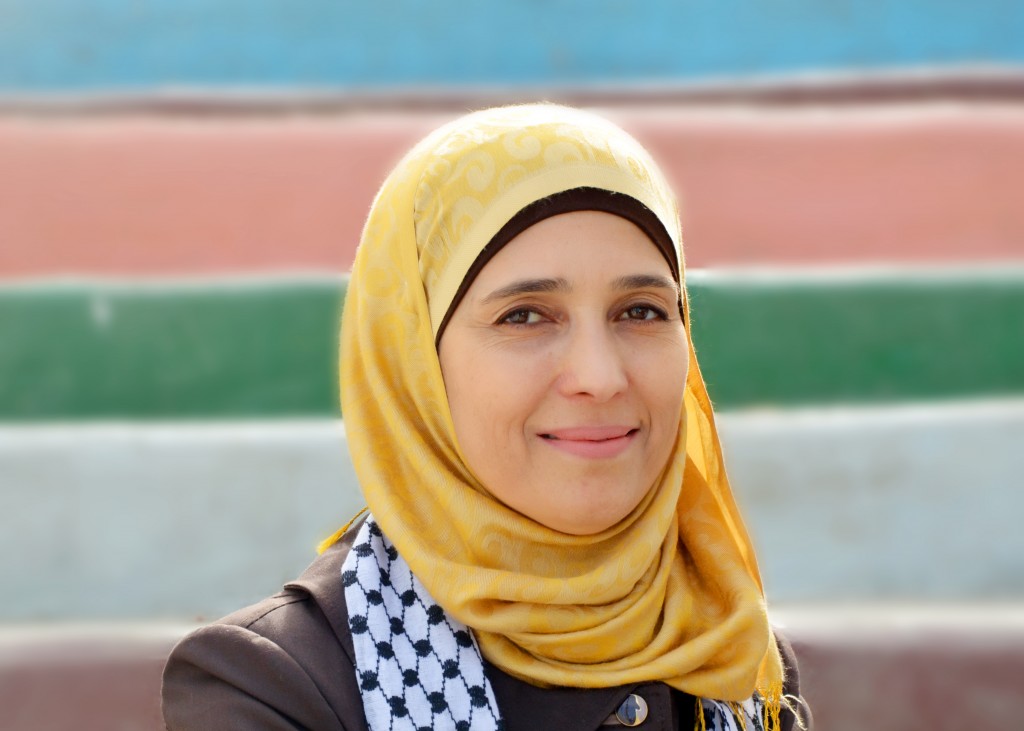 Hanan Al-Hroub is a Palestinian teacher who works for Samiha Khalil high school in Ramallah. Hanan was awarded the second annual Global Teacher Prize, awarded by the Varkley Foundation at the Global Education and Skills Forum in Dubai.

Chosen among 10 finalists from India, Kenya, Finland and the United States, Hanan was awarded for her work with refugee children and her efforts to promote educational methods aimed at reducing violence in classrooms.

“This award shows that Palestinian teachers can be creative and compete with the best in the world, despite the circumstances of our environment, “Hanan stated during an interview with Al Damir magazine.

Hanan grew up in Dheisheh, a refugee camp on the outskirts of Bethlehem, in a family of nine children. Daughter of a farmer who only made it through sixth grade and a mother who never had formal education, Hanan began her studies in a primary UN school for girls and continued her education at the University of Al Quds. Unfortunately Hanan’s career was interrupted when Palestinian universities closed during the first Intifada. She went on to marry and start a family of five children.

In the midst of the second intifada, Hanan’s husband was shot while carrying his kids to school. Other children witnessed the act, after which they were traumatized and afraid to attend school. She sought professional help of doctors, psychiatrists and teachers, none of which knew how to help. Consequently, Hanan decided to educate her children at home through self-teaching, where she created games and activities to improve the children’s self-esteem. She began to see results as the children started regaining confidence and sociability.

Encouraged by these achievements, Hanan completed her studies of Pedagogy and resumed her work as a teacher, implementing this new technique based on peace, education, and non-aggression.

Based on her experience in the classroom, Hanan wrote a book called “We learn, play,” which aims to develop trust, respect and caring relationships among students.

“The motto ‘play and learn’ has also reinforced the concept of democracy among children by promoting the acceptance of the view of others. Teamwork is strengthened and children learn to express themselves, making them act and assume leadership roles,” says Hanan.

Thanks to these achievements, Hanan Al-Hroub has been invited to share her experience in Germany, Italy and Chile, with upcoming meetings in Jordan, Turkey, Spain, Switzerland and the United States.