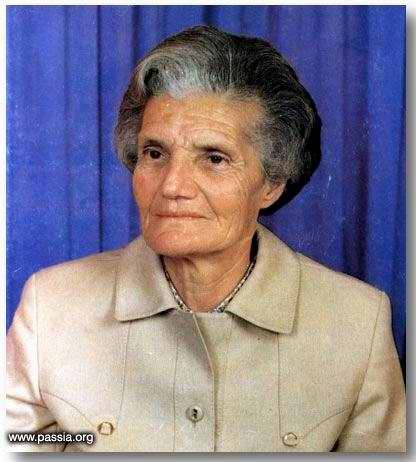 She was just 31 years old when she came upon 55 children who were left to fend for themselves in Jerusalem — children who had been survivors of the Deir Yassin massacre.  The Jerusalem socialite and social activist took them to her family’s mansion.  Eventually, the home became known as Dar al-Tifl (Children’s Home).

According to Palestine~Family.net, “The idea of an orphanage in a society in which family lines are all-important would have been an object of pity if begun by anyone of a lesser social standing. But Hind Husseini was adamant about the right of children to grow up without complexes. ‘Raise your heads, never look down. Be proud. The prophet Mohammad was an orphan; Jesus was raised by his mother only. Weren’t they respectable?’ she used to tell the children generation after generation.”

Hind and Dar al-Tifl were featured in the motion picture, “Miral.”  To see the movie trailer, please visit: http://www.youtube.com/watch?v=4t8E6_S9f4k

Although she studied education and social work at Germany’s prestigious University of Hamburg, WWII circumstances hampered efforts to return.   Still, the education of children and youth remained her focus.  In addition to providing a good education for orphans and needy children, Dar al-Tifl has established the Hind Al-Husseini College for Arts (administered by the Al-Quds University in Jerusalem) and the Palestine Heritage Museum – comprising of thousands of folkloric artifacts.  To read more about Dar al-Tifl, visithttp://www.facebook.com/pages/Dar-Al-Tifel-Al-Arabi-Organization-DTA/208409415784?sk=info