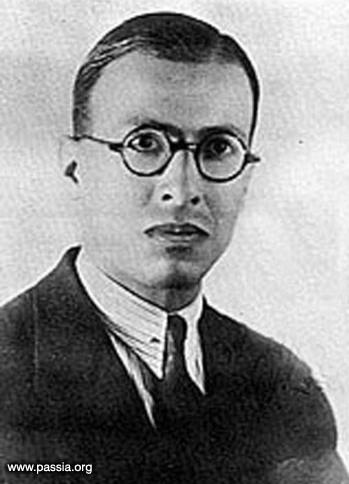 The composer of the new Iraqi national anthem was Palestinian poet Ibrahim Tuqan.  Tuqan, born in Nablus in 1905, published his first poem at age 18.  He earned his Bachelor’s Degree from the American University of Beirut where he went on to be a professor.  He also worked as a professor of Arabic Literature at Al-Najah National School in Nablus.  From 1936 to 1941, he worked for the Jerusalem Palestine Broadcasting Station, promoting the classics of Arabic literature on air.

It was during that period that the quiet, sensitive, and patriotic Tuqan wrote, “Mawteni (My Homeland), which became the Palestinian national anthem during the 1936-39 revolution against the British Mandate.  Though the Palestine Liberation Organization offered an additional national anthem, many Palestinians in the Diaspora have continued to sing the original anthem at cultural events and conventions.  To hear the anthem by Tuqan, please go to:  http://www.zahalqa.com/maw.html

The anthem was adopted by the Iraqi government in 2004.

A translated excerpt of “Mawteni”:

The sword and the pen
Are our symbols
Not talking nor quarreling
Our glory and covenant
And a duty to be honest
Shake us
Our glory
Is an honorable cause
And a waiving standard
O, behold your felicity
In your eminence
Victorious over your enemies
My homeland
My homeland