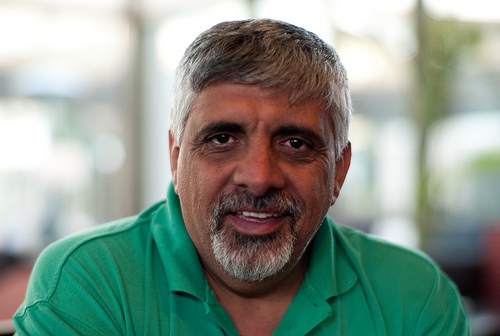 Born in Jerusalem, he was once a Ferris Professor of Journalism at Princeton University. As the director of the Institute of Modern Media at Al Quds University, Kuttab has been pivotal in a number of media projects, including being the founder of AmmanNet – the Arab world’s first internet radio station.

The father of four children, Kuttab is not only the founder/president of the Jerusalem Film Institute but also the executive director of the popular “Shara’a Simsim” (Palestinian Sesame Street). A moderate voice and a champion of press freedom, he has also been recognized with the prestigious CPJ International Press Freedom – an honor bestowed to courageous journalists.

In 2005, Kuttab had this to say about his career: “My twenty five years of professional journalism has put me face to face with various authorities trying to silence me. My reaction to all of these attempts has always been the same. I have looked for creative opportunities to continue in my mission as a journalist. Namely, to know and let know.”