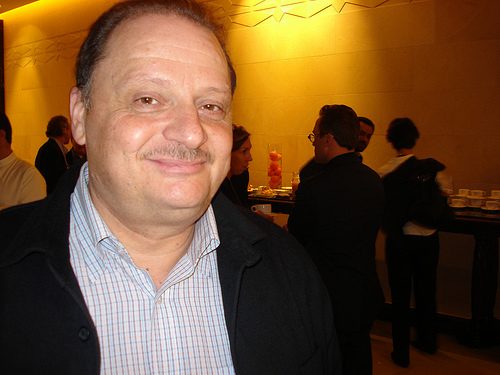 The winner of the prestigious 2005 Peabody Award which “recognize distinguished achievement and meritorious service by broadcasters . . ,” the Palestinian Jerusalemite is the Vice President of International News at Link TV where he co-created Mosaic: World News from the Middle East. In fact, he has produced more than 2,000 installments of Mosaic since 2001.

A regular blogger for the Huffington Post, he is a PBS consultant and has produced and directed several television productions, including “Occupied Minds” — a documentary shedding light on the Palestinian-Israeli conflict.

In a 2008 interview with the New York Times, Dajani had this to say: “It’s not my opinion that matters, but to bring you what people are seeing that has interest to viewers. It’s not about the numbers. There was a suicide bombing in Baghdad, and 17 people died. I’m more interested in the man on the street and the various factions we can talk to. Why did this happen?’