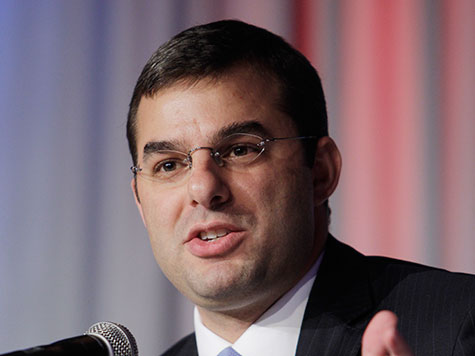 When one thinks of Congressman Justin Amash, one is inclined to think of his commitment to individual liberty, limited government and transparency between him and his constituents.

What one would likely fail to think of, however, is his Palestinian heritage.

A 34-year-old Republican representative for Michigan’s 3rd congressional district and Chairman of the House Liberty Caucus, Amash is the first American of Palestinian ancestry to serve in the United States Congress. Born to a Syrian-Greek Orthodox mother and a Palestinian-Christian father, Amash was raised in Kentwood, Michigan along with two brothers. Amash’s father, Attallah, emigrated to the United States at the age of 17 from Bethlehem, Palestine in 1956. Prior to this, Attallah and his family had been living in refugee camps after being expelled from their family home following the establishment of the state of Israel in 1948, or what Palestinians call the Nakba. Despite his humble beginnings, Attallah went on to start his own business, founding Amash Imports Inc. in 1960.

Before pursuing a career in the political arena, Amash attained a bachelors degree in economics at the University of Michigan and continued his higher education by earning his Juris Doctorate at the University of Michigan Law School in 2005. After working as a corporate attorney and taking part in the family business for a few years, Amash decided to run for the Michigan House of Representatives in 2008.

Though Amash has been notably reserved about his Palestinian roots, he hasn’t shied away from the subject on social media. In a Facebook post following his decision to vote in favor of HR 4133 United States-Israel Enhanced Security Cooperation Act of 2012, Amash cited his background in discussing his approach to the legislation, writing:

“My father is Palestinian and my mother is Syrian. Israel is far from perfect. Some of its policies and actions violate deeply held American principles of liberty and justice. But Israel is our closest friend in a very troubled region. Our national defense benefits from Israel’s ability to defend itself and to serve as a check against neighboring authoritarian regimes and extremists. Assisting with training and the development of Israel’s military capacity allows the U.S. to take a less interventionist role in the region. I am hopeful that American troops soon can leave the region and Israel and its neighbors can live in peace without U.S. aid or involvement.”

“All parties benefit from an end to the Arab-Israeli conflict,”Amash wrote on his website. “I share former President George W. Bush’s vision of two independent states, Israel and Palestine—two peoples, living side by side in peace and security. Israel’s borders must be secure, recognized, and defensible, and it must be free to respond to hostilities that threaten its people. A future state of Palestine must be viable, contiguous, sovereign, and independent. The use of incitement, violence, unnecessary force, or terror to achieve political goals must be abandoned.”

Aside from being the first Palestinian on Capitol Hill, what distinguishes the young Congressman from Michigan is his reputation for engaging with his constituents online. With a Twitter following of more than 50,000 and a Facebook following of more than 90,000, Amash has been known to update his followers about his latest voting decisions through social media. In 2010, at the age of 30, Amash was the youngest candidate named one of Time Magazine’s “40 under 40 — Rising Stars of U.S. Politics.” He is currently running for re-election in the November 2014 midterm elections.