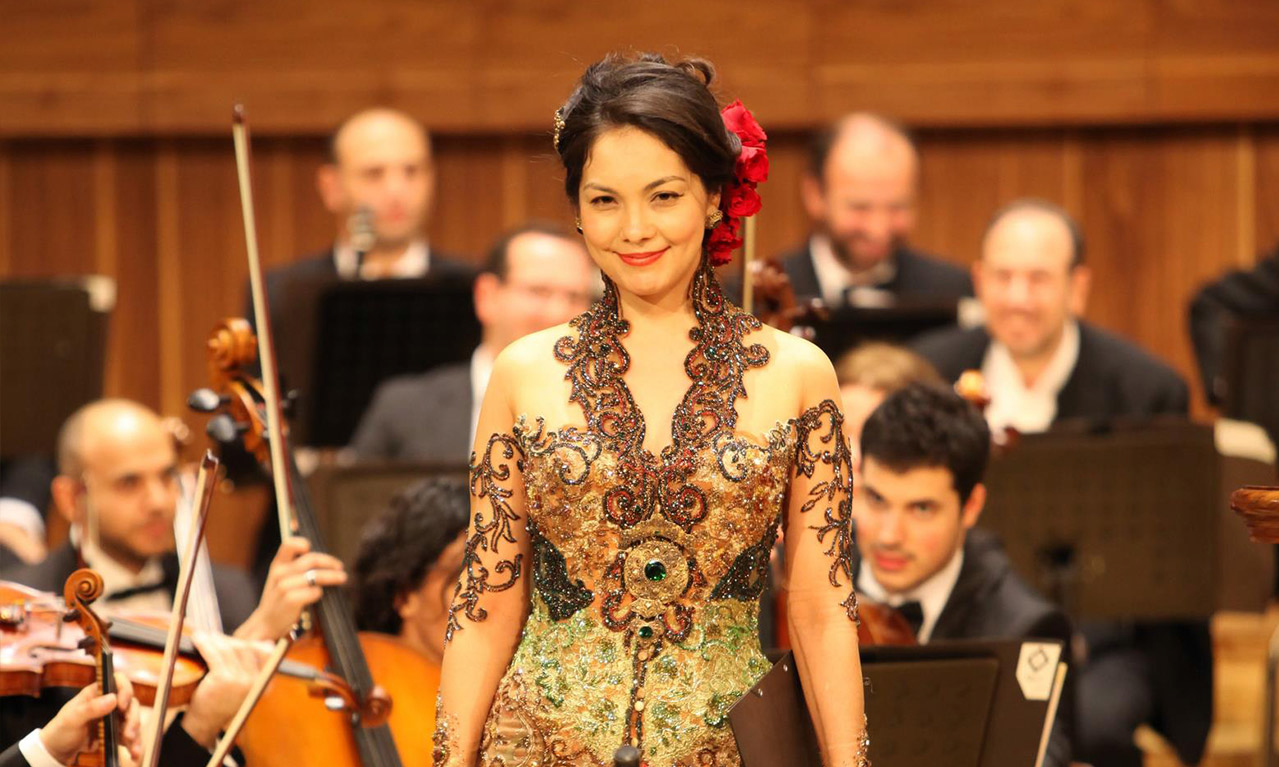 Mariam Tamari is a Paris based soprano opera singer. She is Japanese-Palestinian by blood, born and raised in Tokyo. Her aspiration to become a singer began at the age of 3, during her first visit to Palestine. While traveling into the West Bank, her father was arrested by Israeli soldiers in a case of mistaken identity. What could have been a traumatic experience for little Mariam became a turning point, when at that tense moment surrounded by the soldiers, her mother started to sing Japanese lullabies. This summer she went back to her homeland Palestine, for her first ever solo performance there.