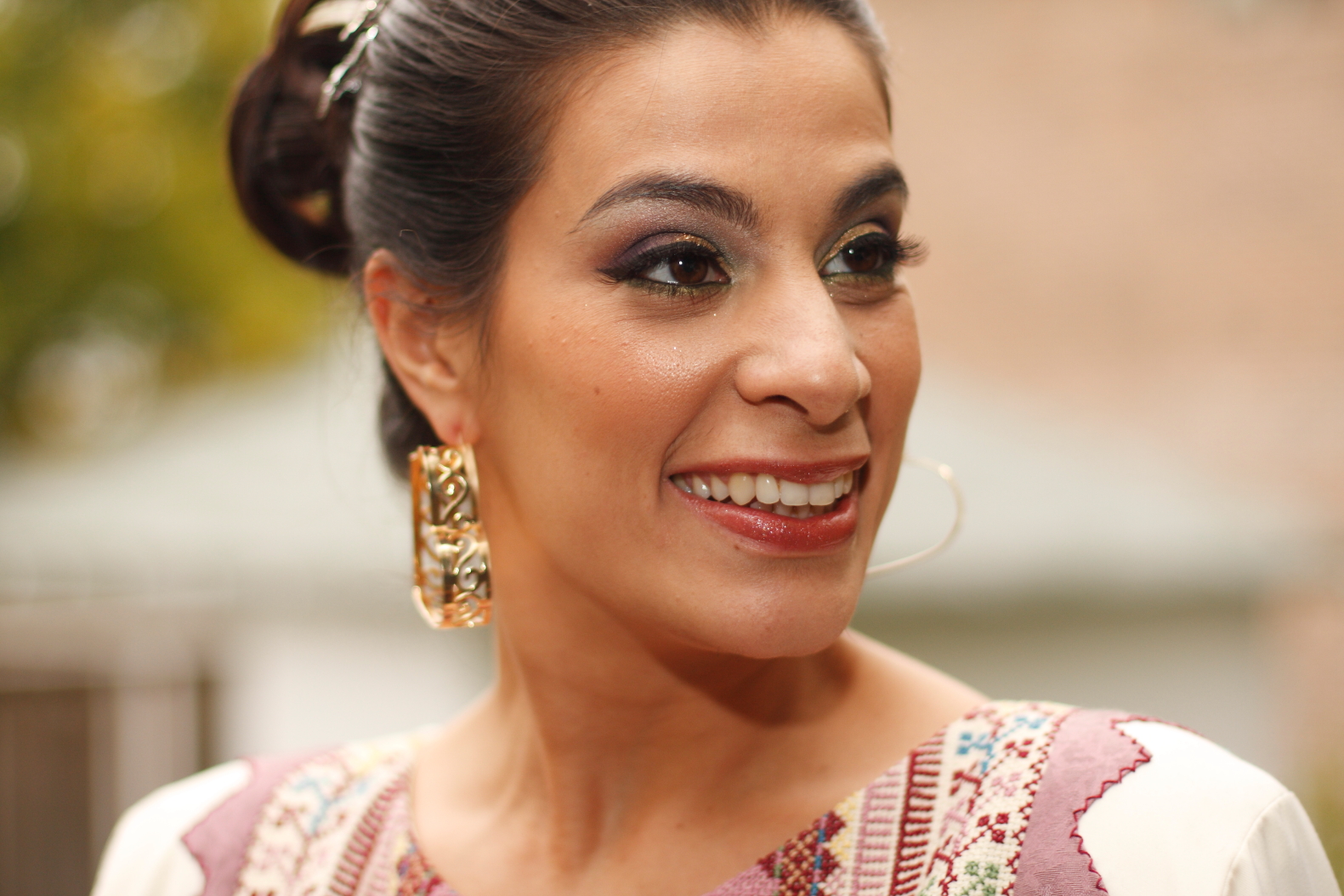 “A lot of people with [Cerebral Palsy] don’t walk, but my parents didn’t believe in ‘can’t.’ My father’s mantra was, ‘You can do it, yes you can can.’”

In Palestinian comedian and screenwriter Maysoon Zayid’s opening lines of her famed 2014 TED Talk “I got 99 problems… palsy is just one,” the mantra of yes you can can is more than just a comedic anecdote. Rather, it encompasses much of Zayid’s work ethic throughout her life and career.

The daughter of Palestinian parents from Deir Debwan, Zayid was born and raised in Cliffside, New Jersey. Her father and mother came to the United States in 1959 and 1967, respectively, in search of opportunity in the United States. Though much of her childhood was spent on the Jersey shore, Zayid never forgot her Palestinian roots.

“I spent my summers in a war zone because my parents were afraid that if we didn’t go back to Palestine every single summer, we’d grow up to be Madonna,” Zayid recalled in her TED Talk.

Like her three older sisters, Zayid attended public school in Cliffside Park. After high school, she went on to continue her studies at Arizona State University, where she received her bachelor of arts in acting and a minor in women’s studies. Though her ultimate dream was to break into Hollywood as an actress, she began her career in comedy. In fact, Zayid is considered to be the first American-Muslim women comedian to perform standup comedy in Palestine.

“I didn’t know it was groundbreaking or that I was the first one supposedly to do it in Palestine,” Zayid said. “I am amazed by how comedy has grown in the Middle East and I have been privileged to have the opportunity to teach many of the up-and-coming Arab talent coming out of the Middle East.”

Zayid has appeared on several popular series, including As the World Turns, Law & Order, and Countdown with Keith Olbermann. She also had a role in Adam Sandler’s 2008 comedy film You Don’t Mess with the Zohan. In 2003, Zayid went on to co-found the New York Arab-American Comedy Festival with fellow Palestinian comedian Dean Obeidallah, which features the work of Arab-American artists annually.

Beyond the realm of comedy, however, Zayid has devoted a significant portion of her life to advocacy, focusing on both disability awareness and Palestine. At the height of the Second Intifada, Zayid founded Maysoon’s Kids, a charity that seeks to provide programs, resources and scholarships for disabled and orphaned children in Palestine.