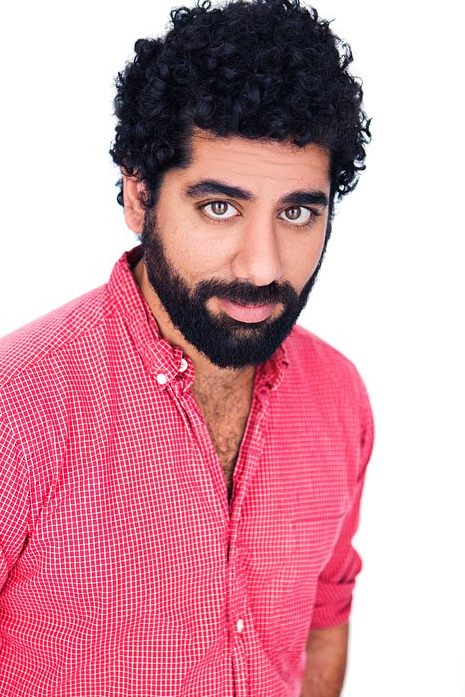 “Outside of Munich, I’ve never really played a terrorist,” Mousa Kraish said in a phone interview of his role in Steven Spielberg’s Munich. “I’ve always been clear where I stand on that.”

A Palestinian-American actor and director, Mousa Kraish has always been adamant about his refusal to portray terrorist roles in film. Though some may note the irony of Kraish beginning his career with a role as a member of Black September — the Palestinian terrorist organization — in Munich, Kraish explained how films like Munich allowed him to show the perspective of the “other” that typical Hollywood perceptions of Arabs don’t always show.

“I still tell people that [it] wasn’t terrorist role,” Kraish said. “That was a freedom fighter role.”

Though Kraish has since gone on to act in several films, including Fast & Furious, Superbad, The Day the Earth Stood Still and You Don’t Mess with the Zohan, he didn’t start in Hollywood. Born in 1975 in New Jersey to Palestinian parents, Kraish was raised in the Bay Ridge neighborhood of Brooklyn, New York. His parents both came from the West Bank — his father from Jericho and his mother from Deir Yessin (a village notable for the Deir Yassin massacre, in which Zionist fighters attacked the small Jerusalem village in early 1948). His parents met in Jericho. After getting married, they chose to move to the United States in search of a better life.

Growing up, Kraish worked in his family’s small grocery store in the heart of Flatbush, Brooklyn. He described how, at that time, there were very few Arabs in his neighborhood.

“People couldn’t tell I was Arab growing up,” Kraish explained. “They thought I was an Italian boy or Indian or Pakistani. It was funny how Arab always came last.”

Though Kraish entered Brooklyn College as a biology major intent on becoming a doctor, he ended up switching his studies to English and film to pursue his interests in film and photography.

“My career as an actor came late, but as an artist I started as a kid,” Kraish recounted. “I was always creative. I was in the drama club in high school, but I never told my parents.”

After working at internet start-up Urban Box Office, Kraish went on to pursue acting school. In 2002, he entered New York University’s Atlantic Theater Company, where he studied with award-winning filmmaker Robert Bella through the studio conservatory.

“I worked and made enough just to pay off my tuition,” Kraish said of his two years in the conservatory. “I ate, drank and slept acting. I was 27 or 28 years old and the majority of the people in my class were young kids who decided not to go to college. And I thought, what the fuck am I doing? These kids knew Shakespeare and English literature, and I sort of just jumped into it.”

Upon graduating from the conservatory, Kraish sent a letter to Steven Spielberg’s casting director Terri Taylor explaining that he’s a Palestinian-American and was eager to be part of Spielberg’s new project about the Israeli government’s retaliation following the 1972 Summer Olympics in Munich. A year later, he got an offer and was flown out for filming.

When it comes to politics, Kraish said the key is giving people the education and resources to understand the politics around them. When there’s a lack of education, Kraish explained, then people’s ideas are controlled.

“You have to do your best to educate people,” Kraish said. “Post on Facebook, have a discussion, have an argument!”

And when it comes to Palestine, Kraish said he grew up believing in peace.