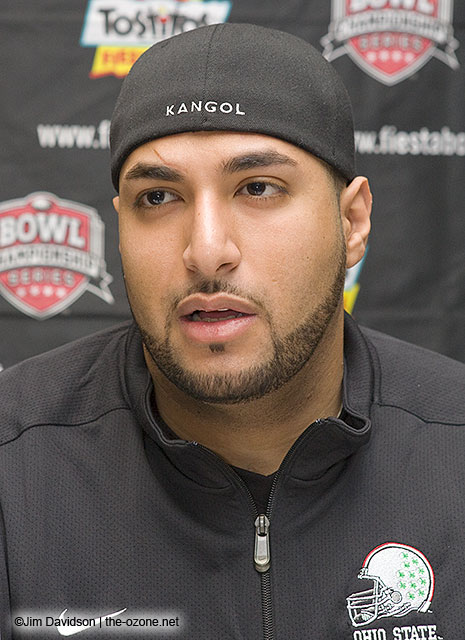 A defensive tackle for the NFL’s Baltimore Ravens, the 25-year-old Nader Abdallah credits the strong bond of his Palestinian family for enduring the loss of their home in Hurricane Katrina and especially the loss of his two brothers in unrelated incidents.

With regard to Katrina, the Hurricane had forced his family to gather their few belongings and move to Columbus where they all lived together in his apartment for a period of time before returning to Louisiana in April 2006 in hopes of re-building their home and starting over.  In the end, his parents chose to return to Palestine but the desire to make his family proud has always been the goal.

“My mother and father are just like everybody else – they work hard, care about their family and are loving people,” he told the Ohio State University college newspaper in 2007.  “I want to make my (deceased) brothers and my family proud of me. That’s why I always think about what I do because I would hate to have my family go through anything else.”

After the 2009 signing with the Ravens, he was described in the NFL Bleacher Report, “As a defensive tackle, Nader has all the tools. He’s a tall and very strong young player who’s able to hold his own even when double-teamed. He’s pretty quick off the snap, and has great skills . . .”

Prior to his NFL career and college football career at OSU, the 6”5, 297 lb. Abdallah enjoyed a very productive senior year in high school and even started in the U.S. Army All-American game in San Antonio.