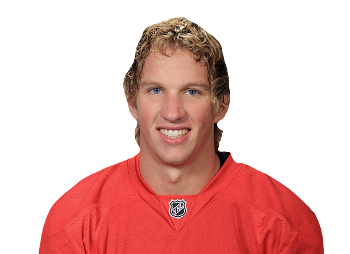 A gifted hockey player since the age of four, Justin Abdelkader scored the game-winning goal to help the Michigan State University Spartans win the 2007 National Championship.  In elementary school, he wrote about wanting to play for the Detroit Red Wings.  A dream realized in the 2005 NHL Draft, the 6’2 Abdelkader has been described as a very good skater and “versatile enough to line up both as a center or wing.”

In addition to his talents on the ice, the West Michigan native was once a recipient of the Mike and Marian Ilitch Humanitarian Award for community service.  While at MSU, Abdelkader created Shoot for a Cure, which raised money for children’s cancer charities.

As the MSU Hockey News noted in 2009:  “As a Red Wing – and as a product of West Michigan, there is no doubt that Justin Abdelkader will have legions of fans to root on his burgeoning successes as a professional hockey player. There’s also no doubt that Abdelkader helped foster even more fans through his selfless contributions to his community – and how he still touches the lives of those in the Michigan State University community with his generosity and spirit.”