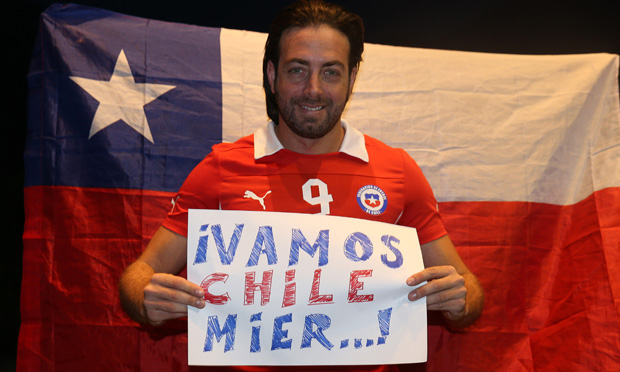 A descendant of Palestinian immigrants, Nicolas is one of the most important athletes in Chile.

Massú has a career spanning 20 years. He was the only male tennis player in the Open ATP history, to obtain two gold medals in the same edition of the Olympic Games in Athens 2004.

Massú began playing tennis at age five, with his brother Jorge, at his grandfather Ladislao’s encouragement. He got his first racket at age 11 and began to train at the local club in his hometown, Viña del Mar.

In 1997 he began his professional career at only 17 years of age. That same year he was ranked No. 5 worldwide and No. 1 in junior doubles.

After successful international tournaments, Nicolas positioned himself at the top 100 worldwide in 1999. The following year, he was elected standard-bearer of Chile and carried the state flag at the Olympic Games in Sydney, Australia.

Massú has always been renowned for his fighting spirit in tournaments, many of which have evolved into marathon matches, often beating top-ranked rivals. He set the record for the longest match in the history of the Davis Cup of Chile in September 2009, defeating the Austrian Stefan Koubek 6-4, 4-6, 6-4, 7-6 (6) in 5 hours and 14 minutes, this became the longest game of four sets in the history of tennis.

After confirming his retirement from tennis, Massú joined the leadership of the Chilean Davis Cup team as a captain, as Belus Prajoux’s replacement. He assured the world, “My whole country can be sure that I put my soul in every tournament, in every match, in every ball struck; all in the name of Chile.”