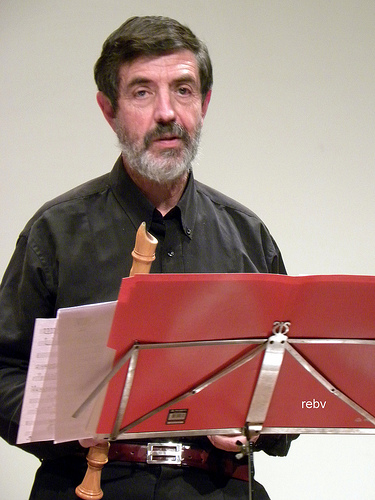 “It was a rite to have lunch with the entire family every Sunday. The Arabic pastries, sweets and desserts always delighted us.”

Octavio Hasbún is a renowned Chilean flautist, with nearly five decades to his career. He took an interest in music since his early childhood, thanks to his father, Julio Hasbún Salamé. They used to listen to Tchaikovsky, Gershwin and Beethoven. “I began studying flute as a hobby at school, but I never thought that music would become my career, dismissing Veterinary Medicine, in which I had graduated with honors at the University of Chile.” he says to Palestinian Surprises.

His paternal grandparents, Salvador Hasbún y Melania Salamé, came from Bethlehem: “It was a rite to have lunch with the entire family every Sunday. The Arabic pastries, sweets and desserts always delighted us.”

Octavio was able to connect with his Palestinian roots through several books. “Not long ago, I read a book by the famous French chronicler Pierre Loti, who relates a journey in The Middle East. While I devoured those pages, I imagined the youth of my paternal grandparents, in a land full of flowers and shepherds. It was then that my grandmother’s passion for the soil and cultivation of vegetation made sense to me.”

Since 2005, Octavio has led the radio program “Música Arcana” (Arcane Music). “We’ve achieved a very good empathy from our listeners and a huge group of auditors. There are very few programs that include comments and historical data on the enormous legacy of nearly ten centuries of Western Music.”, he concludes.