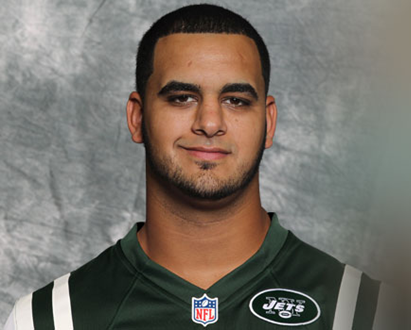 Originally from the Beit Hanina neighborhood in Jerusalem, Oday Aboushi is one of the first Palestinian-American Players in the NFL. He was drafted as an offensive guard and offensive tackle for the New York Jets in 2013, following a successful career in college football from 2009-2012 at the University of Virginia.

Oday was born in Brooklyn in 1991, the ninth of ten children. He is one of the few Muslims in the NFL and was acknowledged for fasting the entirety of Ramadan during the 2013 training season. In 2011 Aboushi was honored by the U.S. Department of State with several other Muslim athletes for their contributions to society.