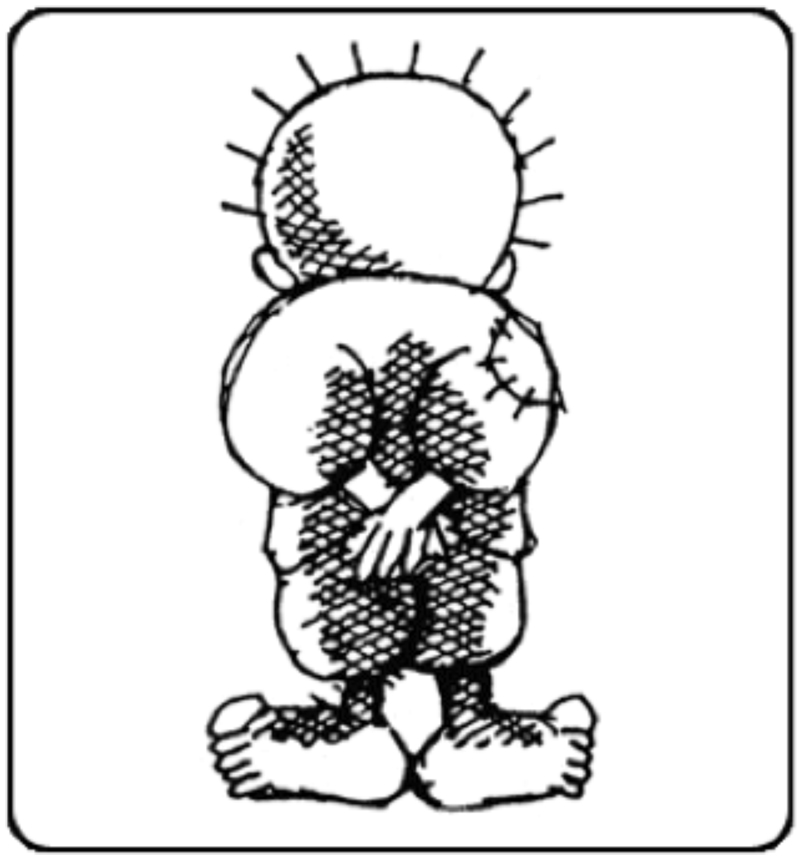 He was quite possibly the best known political cartoonist in the Arab World at the time of his murder in 1987.  Still referred to as the “Immortal Palestinian Cartoonist,” the late Naji al-Ali was born in a small village in Galilee in approximately 1937 and was forced to flee to Lebanon with his family in 1948.  He found that he could best express himself in his drawings.

As he got older, he pursued his drawing talents within a political context.  An eye witness to Palestinian suffering during the region’s conflicts, his political cartoons were seen throughout the Middle East on a daily basis in Al-Qabas and Al-Khalij newspapers.

His most famous cartoon character was the child Hanzala, which is now the official logo of the UNESCO affiliate “Freedom and Justice through Humor.”  Al-Ali had this to say about Hanzala:  “This child, as you can see, is neither beautiful nor spoilt nor even well-fed.  He is barefoot like many children in refugee camps. He is actually ugly and no woman would wish to have a child like him. However, those who came to know ‘Hanzala’ . . . later adopted him because he is affectionate, honest, outspoken, and a bum. He is an icon that stands to watch me from slipping. And his hands behind his back are a symbol of rejection of all the present negative tides in our region.”

Frequently detained by police and censored, al-Ali was threatened with death often.  The enemies were plentiful and he was shot in SW London on July 22, 1987.  He died from his wound in August.

In 1988, al-Ali was posthumously awarded the “Golden Pen of Freedom” by the International Federation of Newspaper Publishers.