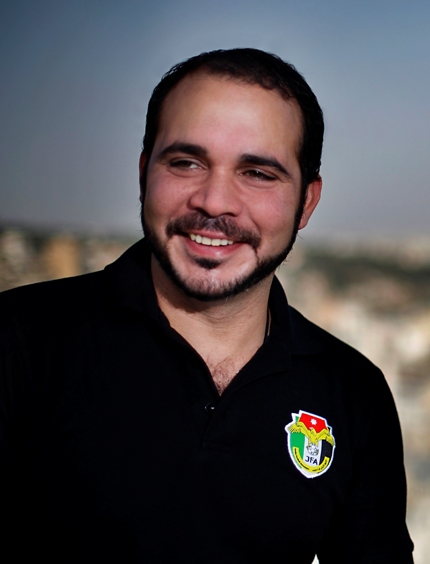 The son of the late Queen Alia (Palestinian) and the late King Hussein of Jordan, Prince Ali is the youngest member of the executive committee of Fédération Internationale de Football Association (FIFA) — serving as Vice President representing Asia.

Respected for his candor and straightforward approach, many government officials throughout Asia supported his candidacy.  His campaign ad said it all, “it is time for change… it is time to work together as one continent… united.”  To see his winning campaign ad, please see:  http://www.youtube.com/watch?v=HZmk2ELpZLY

In addition to attending primary school in Jordan, Prince Ali went to schools in the United Kingdom and the US.  He graduated from Salisbury School in Connecticut (1993) – a school where he also excelled in wrestling.

His Royal Highness entered the Royal Military Academy Sandhurst in the United Kingdom and commissioned as an officer where he earned the Brunei Medal in 1994.   Prince Ali then served in the Jordanian Special Forces as a pathfinder, earning his military freefall parachute wings.  And at the request of King Abdullah II, he established and directed the National Center for Security and Crisis Management.