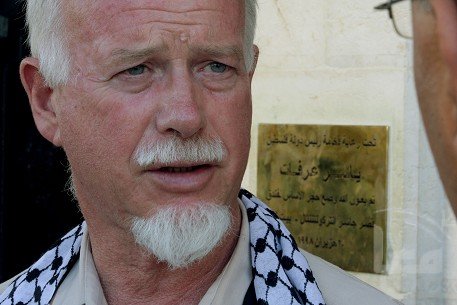 In 2009, the first Israeli Jew was elected to the Revolutionary Council of Fatah.  A sociology professor, Dr. Uri Davis was well-known for his human rights activism in the 1960s.

A member of Fatah since 1984 and a self-described Palestinian Hebrew, he came in 31st out of a field of 600 candidates.  He ran to represent non-Arab sympathizers of the Palestinian cause.

Davis’s father was a British Jew who met his mother, a Czech, in British Mandatory Palestine and married in 1939.  Many of his mother’s family members were killed in the gas chambers at Auschwitz.  From those horrors, he took on views that have guided him throughout his life.  Just after his historic election he was quoted as saying, “An important part of the education that I received from my parents was never to generalize. Beware of every sentence that begins with ‘all’. It was not ‘all’ Germans who killed my mother’s family. It was some Nazis.” He discussed his mother further, “If she heard the suggestion of vengeance, she would be horrified. She sought justice.”