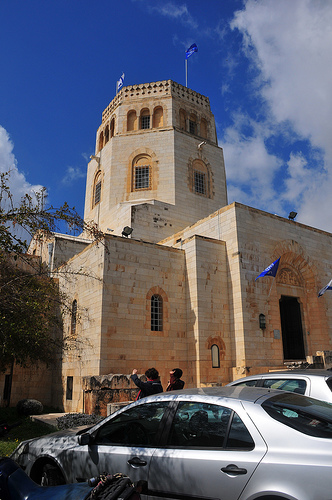 There was a time when artifacts excavated in the Holy Land had no home but the founder and director of the University of Chicago’s Oriental Institute (James Henry Breasted) changed all that when he approached American John D. Rockefeller for a donation to build a museum in British Mandate Palestine. Rockefeller generously donated two million. Located in East Jerusalem, the beautiful Museum with its Byzantine and Islamic building style was official in 1930 but did not open to the public until 1938.

The Museum has been a sanctuary for the exquisite treasures of the Holy Land including: ancient Canaanite artifacts, decorated wooden doorposts from the Church of the Holy Sepulchre, 9th century carved wooden panels from the Al Aqsa Mosque, and some of the Dead Sea Scrolls.