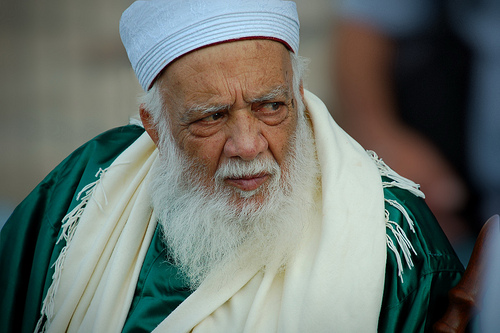 When people hear the word “Samaritan,” people often think of the “Good Samaritan.”  It was in the story Jesus Christ told – a parable about a kind Samaritan man who helps a wounded Jewish man despite the historic animosity between their two peoples.  But it may surprise people to know that there are Samaritans who still live in the Holy Land (specifically, the Nablus area of the West Bank).

It is believed that many Palestinian Muslims from Nablus descended from the Samaritans but later converted to Islam.  In fact, several family names in Nablus are associated with Samaritan ancestry.

Though the Samaritans consider themselves “the children of (ancient) Israel,” they are not Jewish.  There is an ancient synagogue in Nablus which is still put to use. Samaritans may hold both the Palestinian and Israeli passports.