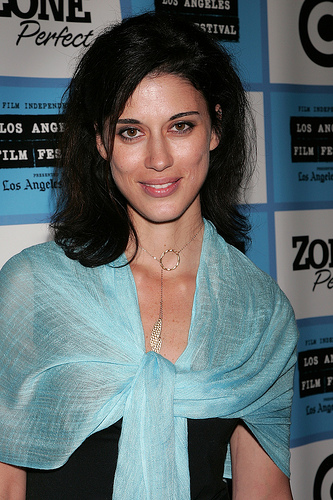 An American-Palestinian film director, Cherien Dabis introduces American audiences to a Palestinian mother and her son in her highly-acclaimed movie, “Amreeka.”  Following the release, she was named one of Variety magazine’s 10 Directors to Watch in 2009.   To see the movie trailer, check out: http://www.youtube.com/watch?v=DRKa2MLkKLA

Born to a Palestinian father and Jordanian mother, Dabis received a Masters of Fine Arts in Film from Columbia University’s School of the Arts in New York City.  The gifted  writer and director has also received several distinguished scholarships for her work, including the Zaki Gordon Award for Excellence in Screenwriting, the Institute for Humane Studies Film and Fiction Scholarship and the New York Women in Film and Television Scholarship.

Specific to “Amreeka,” Dabis won the International Federation of Film Critics award at the 2009 Cannes Film Festival and was nominated for the Independent Spirit Award for Best Film in 2010.

“Palestinians need to be humanized,“ Dabis told Variety magazine back in January 2009. “There is an urgent need for that. ‘Amreeka’ is as much a mother-son story as it is about life under occupation. I want to show the universality of an average Palestinian family. The film is also about hope, and we need that right now more than ever.”