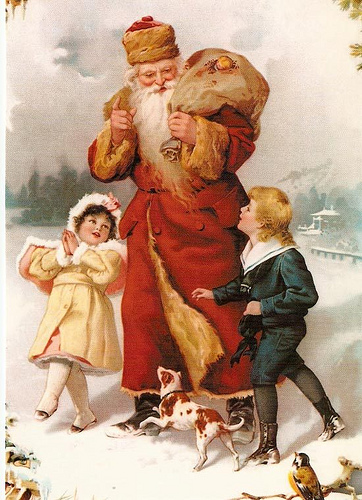 St. Nicholas, of Greek extraction, had a reputation for putting coins in the shoes of those who left them out for him – thus becoming the model for Santa Claus.  Many miracles were attributed to him as people prayed that their loved ones be healed.

Originally the patron saint of sailors and the Greek Navy, his reputation grew among faithful Orthodox, Catholics, and some Anglicans and Lutherans.  St. Nicholas later became the patron saint for several nations including Romania, Serbia, Macedonia, and Russia, as well as the cities of Liverpool, Amsterdam, Bari (Italy), and Beit Jala (Palestine).

It was in Beit Jala, a town that neighbors Bethlehem, where St. Nicholas spent four years of his life during his pilgrimage to the Holy Land.  On December 19th of each year, (according to the Gregorian calendar) and December 6th (according to the Julian calendar) a solemn Divine Liturgy is held in the St. Nicholas Orthodox Church, usually followed by parades, street fairs, and exhibitions.  Prayers and celebrations are enjoyed by both Palestinian Christians and Palestinian Muslims.