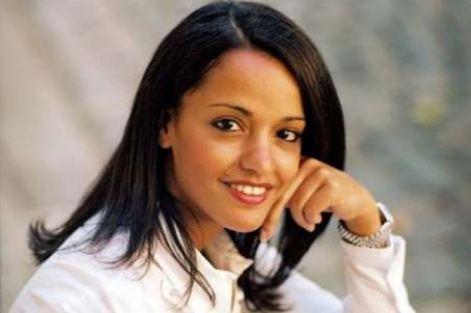 Shibley was born into a Muslim family that fled to Lebanon following the Nakba and later moved to Germany in search of asylum in the 1970s. In Lebanon, her 11 older siblings were born into a refugee camp and were therefore unable to find work in Germany. Both of Shibley’s parents are illiterate and represent the typical migrant working class family in Germany, and Shibley remained without any form of legal documentation until the age of 12. Shibley, however, was born in Berlin, Germany, became a German citizen in 1993, and eventually completed a Political Science degree with a focus on “International Relations” from the Otto Suhr Institute of the Free University of Berlin in 2004.

She started off as a research assistant until she was given a newly created position of policy consultant for intercultural affairs at Berlin’s Senate in 2010. From 2010-2014, she was named the first keynote speaker for intercultural affairs in the Berlin Senate Department for the Interior and Sport and supported projects like JUMA, JUGA, and inter-religious poetry slams.

Shibley’s dream is that everyone in Germany is judged by their actions and not where they come from. As an immigrant herself, Shibley sees the value of education and the need for a solid and unquestionable identity. Her goals as a political scientist are to be seen simply as a German, encourage others to be open to diversity, and show a different side of Islam that she believes has been misunderstood and misrepresented in this day and age.

English Translation:
“If I want to change something, it is not enough to be an observer.”
–Susan Shibley