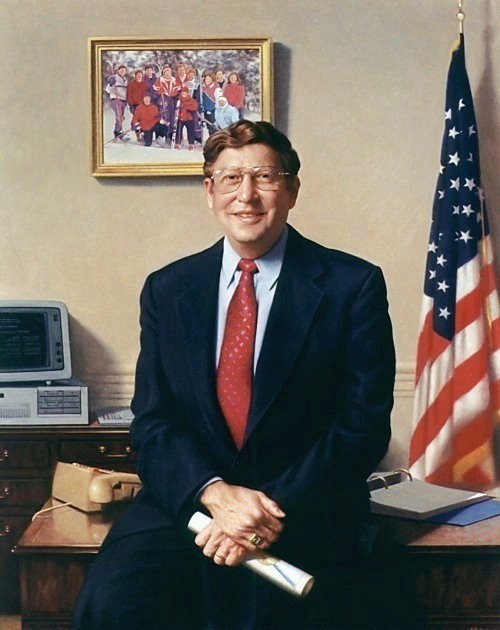 “Nobody ever expects a mechanical engineer to end up as governor or chief of staff to the president of the United States,” Governor Sununu was quoted as saying in the March 24, 2003 issue of the Purdue News.  “I think my background served me well in government, and I try to encourage some of the young engineers who might be listening to be a little bit more interested in taking that route.”

The former New Hampshire Governor and White House Chief of Staff to President George H.W. Bush is also an accomplished engineer who served as the head of engineering faculty of Tufts University and a Professor of mechanical engineering (PhD from the Massachusetts Institute of Technology).

Governor Sununu was born in Havana, Cuba to international film distributor John Saleh Sununu and Victoria Dada.  He and his wife, Nancy, are the parents of eight children, including former Republican US Senator John E. Sununu.

The Sununus are one of the most prominent Palestinian-American families with roots in Jerusalem, Palestine.  In 2003, Governor Sununu personally appealed on behalf of the Washington DC-based American Taskforce for Palestine by applauding the filling of “a void in the international debate that can only be filled by Palestinian Americans.”