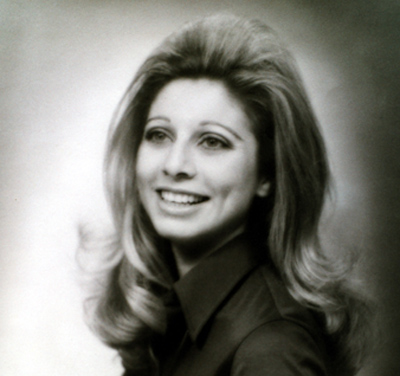 The Late Queen Alia of Jordan

Born in Cairo, Egypt, Alia Baha ad-Din Touqan hailed from a prominent Palestinian family in Nablus. The third spouse of the late King Hussein, Alia studied at the Rome Center of the Loyola University of Chicago, as well as Hunter College in New York where she studied political science and public relations. After moving to Jordan, she worked for the Royal Jordanian Airlines. She was later requested by King Hussein to work on the first International Water Skiing Festival held in Aqaba, Jordan (September, 1972). They fell in love and married three months later.

Her love of learning resulted in the establishment of libraries throughout Jordan. Headstrong and independent-minded, the popular Queen called for equal political rights for women in1974.

She was killed in a helicopter crash in 1977 at age 28. She left behind Princess Haya and Prince Ali, as well as an adopted daughter, Abir Muhaisen, whose own birth mother was killed in a plane crash at their Amman, Jordan refugee camp
The international airport in Jordan was renamed Queen Alia International Airport after her death. There are also many institutions associated with Queen Alia, including: Securing Political Constitutional Rights for Women, The SOS Children’s Village, and The Queen Alia Heart Institute at the King Hussein Medical City.