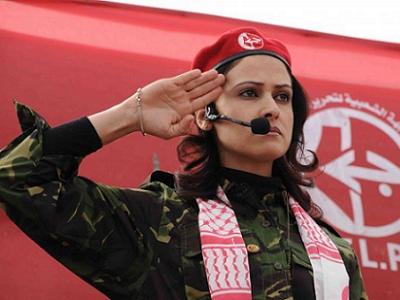 The Role of Women in the Palestinian National Struggle

Palestinian women have been taking part in the national struggle as far back as 1920 during the British mandate period.  Whether it was demonstrating or smuggling arms or taking part in regional conferences, urban and educated Palestinian women spearheaded efforts against British colonialism and against European Jewish settlement.  They worked not only within the political context but also the cultural, economic, and social arenas.  Decades after the initial movement began, the women never let up.

Spirits rebellious during the First Intifada (1987-93) and forced to take on non-traditional roles with the men in their lives imprisoned, they helped establish new schools and health clinics.  These actions ended reliance on Israel and set forth steps to build infrastructure for a Palestinian state.  The women also pushed forth an effective non-violence campaign that ultimately resulted in the homecoming of PLO leaders.

Since 1967, at least 10,000 Palestinian women have been arrested and detained for political crimes.  Even after release, their lives continue to have restrictions.  To see a report about the female prisoners, please see:  http://www.youtube.com/watch?v=h8TKMIVhIVA