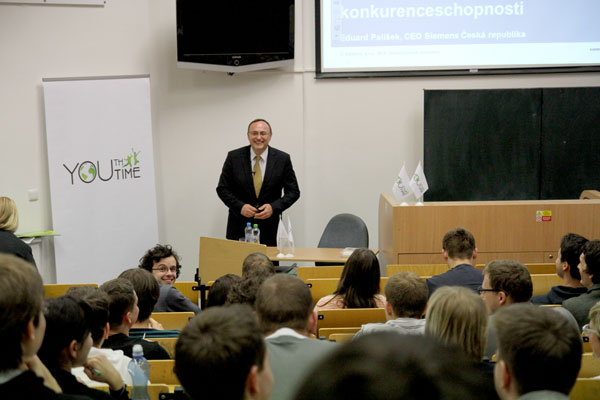 Innovation was key for three young Palestinian girls who won a special award in the prestigious Intel Science and Engineering Fair in 2010.  The 14-year-olds from the Askar refugee camp in Nablus, Palestine invented an electronic “sensor cane” for the visually impaired.  For the first time, a sensor cane could send an infrared signal downwards as well as forwards.

Aseel Abu Aleil, Aseel Alshaar and Noor Alarada beat out 1,500 finalists from around the world to win the award in San Jose, California.  Mark Uslan, a Director at the American Federation of the Blind said: “Although various types of ‘laser canes’ have existed since the early 1970’s, the girls’ design resolves a fundamental flaw in previous models by detecting holes in the ground.”

Along similar lines of showing leadership and enriching the lives of others, Palestinian youth launched the ‘The Youth Times” in 2009.  A project of the Palestinian Youth Association for Leadership and Rights Activation, the 24-page monthly newspaper features a feature section on a different ‘hot topic’ for youth. The majority of the articles are written by youth volunteers and edited by staff.  It’s the only Palestinian youth newspaper that is distributed throughout the Occupied Palestinian Territories.

According to UNICEF, one story focused on the horrific experiences of women during an attack in the neighborhood of Al-Zaiton in the eastern Gaza Strip. In the same issue, there was an editorial by two 14-year-olds titled, “PUNKS…When Today’s Teens Live the 70s” – an article discussing ‘punk’ aesthetics and what it meant for young Palestinians to adopt this style.

Diversity is the name of the game and the newspaper hopes to expand globally.  To hear more, please click:  http://www.unicef.org/infobycountry/oPt_50090.html